Governor Abbott appoints Dr. Keven Ellis chair of the State Board of Education

Although the members of the board are elected, the governor appoints the chair from among the 15 board members. The appointment must be confirmed by the Texas Senate.

“It’s an honor to be given this position of trust,” Ellis said. “The State Board of Education plays a key role in our state’s public education system. It sets the curriculum standards, adopts instructional materials, and oversees the country’s largest educational endowment, just  to name a few of our responsibilities. I pledge to work with all members and lead the board in a bipartisan fashion as has my predecessor Donna Bahorich.”

“I’m delighted to hand the gavel over to Dr. Ellis,” said Bahorich, who after four years as board chair has served the maximum time available in that leadership role.  “I hope Dr. Ellis finds this role as rewarding and meaningful as I have.”

“He has already demonstrated tremendous statewide leadership during his tenure as vice chair of the Texas Commission on Public School Finance, which laid the groundwork for our state’s new school funding law,” she said. 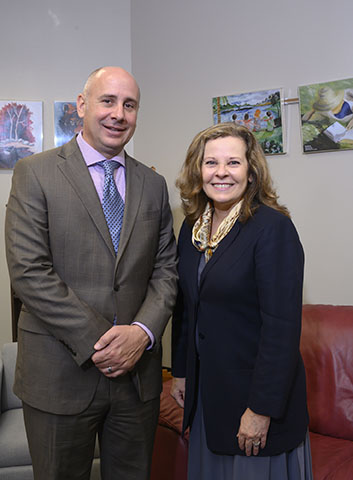